Smartphone manufacturers are always testing out new placements for front-facing cameras, from the ever-shrinking notch to pop-up, 'punch-hole' and side-mounted snappers, and it seems a sudden race to create 'under display' cameras has just popped up. 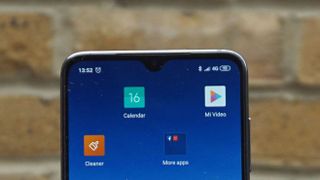 In Xiaomi's video, we see a user scroll through what looks like a Xiaomi Mi 9 in one hand and a similar device with no visible front-facing camera in the other. Then the user puts down the Mi 9, turns on the camera app on the other phone and flips the camera option to show there is in fact a selfie camera – quelle surprise!

Oppo's video is rather similar, however it doesn't show the handset working as a normal phone, instead only displaying the under display camera tech, so while neither phone appears to be ready for the market yet, we'd expect to see Xiaomi's first.

Under display cameras can 'see' through a phone's screen in a particularly thin area, so you can't see the snapper (although it can see you). With this tech, a handset can have a display that isn't broken by a notch, and doesn't have a delicate mechanical pop-up camera or ugly alternative.

It remains to be seen how much consumers care about notch alternatives, but companies like Xiaomi and Oppo are forging ahead with these gimmicky features anyway, and the future will certainly hold many more intriguing – or bizarre – front-facing cameras.