For $500 you can buy a smartphone with great performance (Pocophone F1), a nice design (Xiaomi Mi 9) or great battery life (Moto G7 Power). But you cannot buy one with a great camera. Until now. With the Pixel 3a Google has changed everything we thought we knew about midrangers. It’s a $400 smartphone with a camera superior to any iPhone. Yes, there are flaws, but read on to learn why Google has rewritten the rules for what we can expect on a budget of under $500. 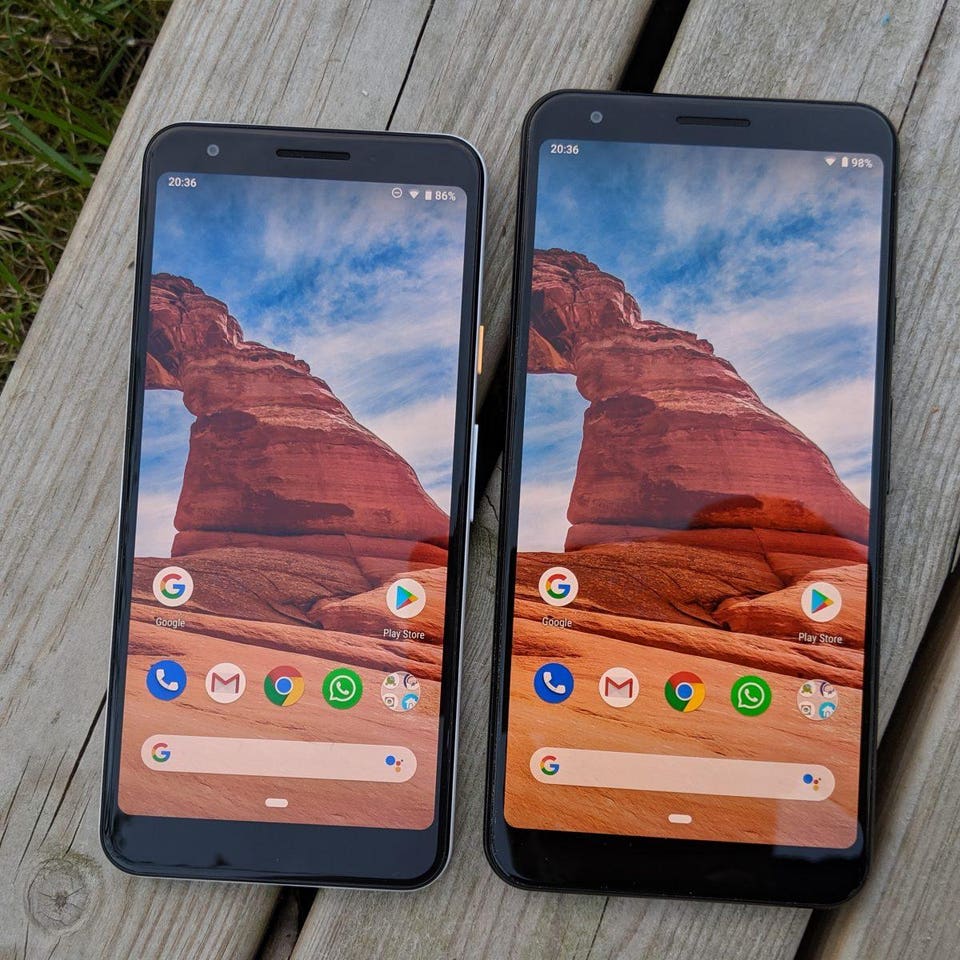 Note: the Pixel 3a (5.6-inches) and Pixel 3a XL (6-inches) are virtually identical other than their size and battery capacity. Unless called out specifically, when I refer to the Pixel 3a I am talking about both phones.

Does the Pixel 3a look familiar? It should. At first glance, Google’s midranger is almost identical to its flagship Pixel 3. That means relatively chunky top and bottom bezels and a two-tone finish on the back, but whereas the Pixel 3 was criticised for this, the design is perfectly acceptable on a midrange phone.

Yes, there are compromises. The most obvious being Google has downgraded the glass backs to polycarbonate (goodbye wireless charging - more later) and the clear, loud dual stereo speakers of the Pixel 3 have been replaced by dual, loud not quite so clear stereo speakers on the Pixel 3a. But this price point (a phrase you will hear a lot throughout this review), there’s nothing out of place. 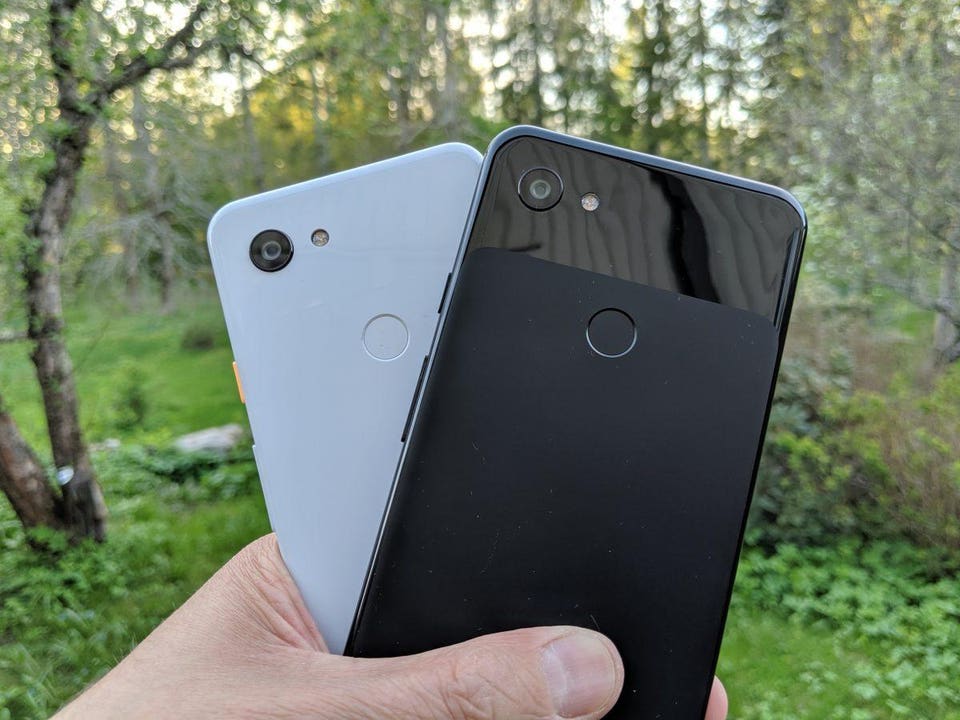 Moreover, the build quality is excellent. The polycarbonate body is actually grippier than glass and the colourful power buttons stand out from the crowd. There’s USB-C fast charging with a fast charger in the box (Dear Apple…) and, for many, this will be a deal maker: the Pixel 3a has an actual bonafide headphone jack. 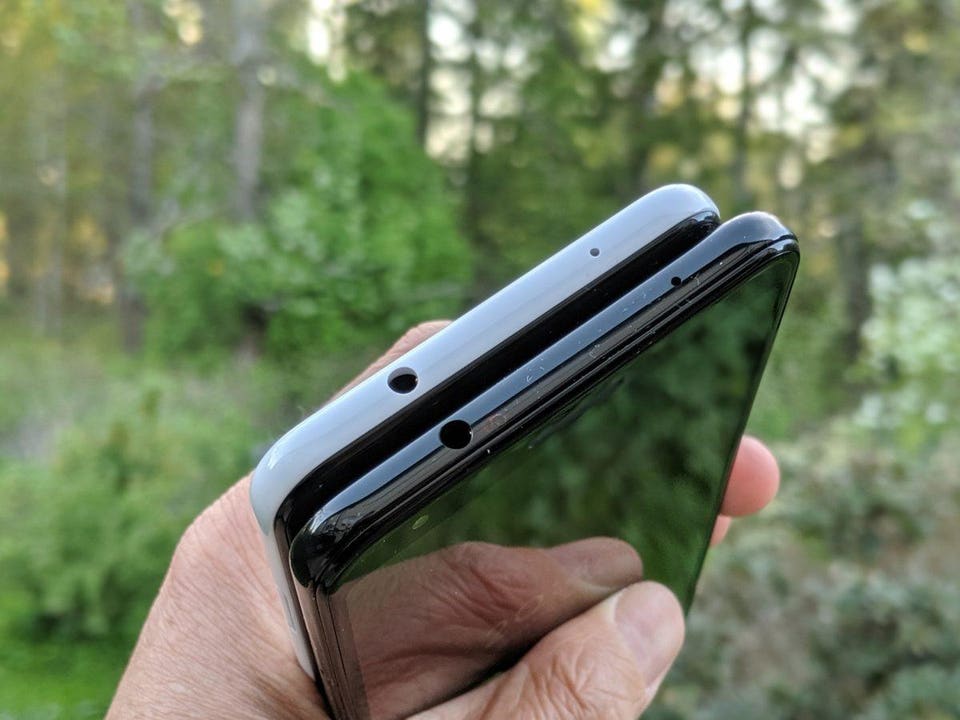 Yes, Google has brought high quality 1080p OLED panels to this price point. Something which is no small achievement when the $799 iPhone XR has a 750p LCD.

No, the Pixel 3a doesn’t use Gorilla Glass (Dragontail cheaper but still durable) and displays are not quite as bright as those on the Pixel 3 line-up. But - being OLED - they still have perfect blacks and colours are rich, vibrant and better than almost anything you’ll find at this price point. The Pixel 3a has a slightly warmer tone than the Pixel 3a XL, so a hands-on may move you towards one way or the other. 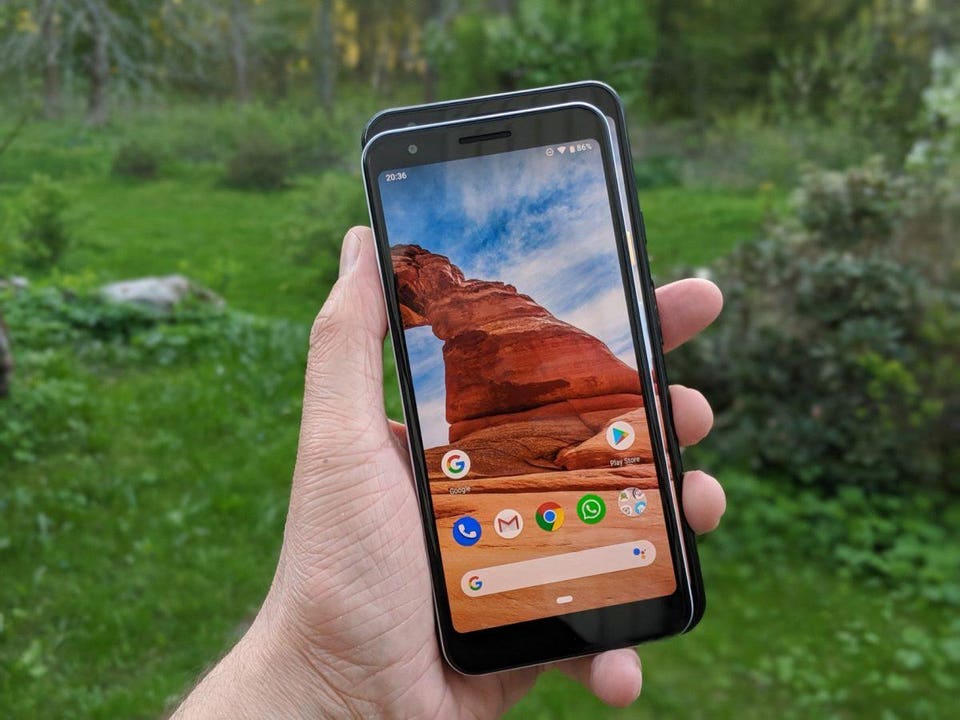 Small bonus: the Pixel 3a XL has a straight bezel, which means it doesn’t have the ugly notch of the Pixel 3 XL. That’s a win in my book.

The marketing is true. Google has indeed produced a $400 smartphone which possesses a point and shoot camera which outperforms the iPhone XS and Galaxy S10 for a fraction of the price. Is it exactly the same as the Pixel 3? Not quite, despite what the specs suggest:

The most obvious point of differentiation is the front-facing camera on the Pixel 3a. It lacks the 19mm and 28mm ultrawide lens of the Pixel 3, but it makes up for this with a 24mm wide module which sits halfway between the standard and ultrawide modules in the Pixel 3 and the hardware is every bit as good. 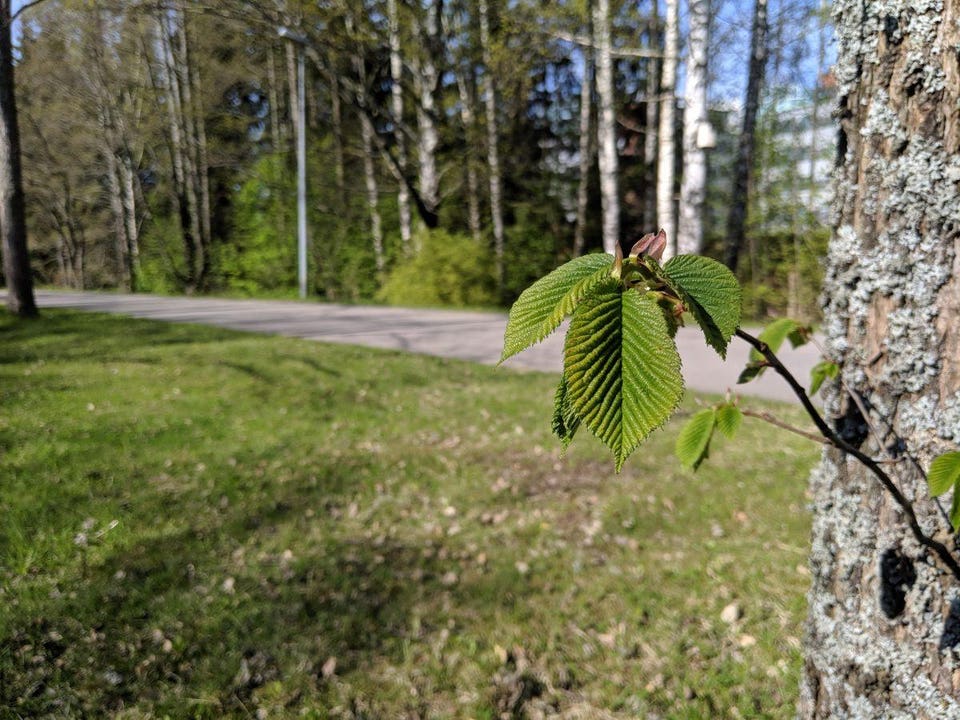 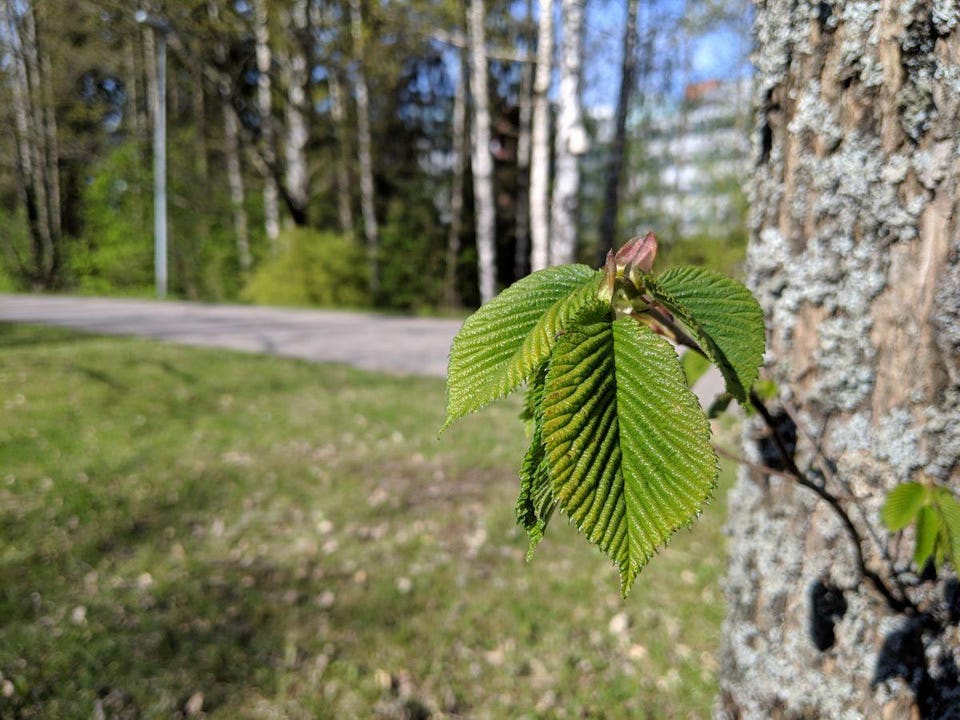 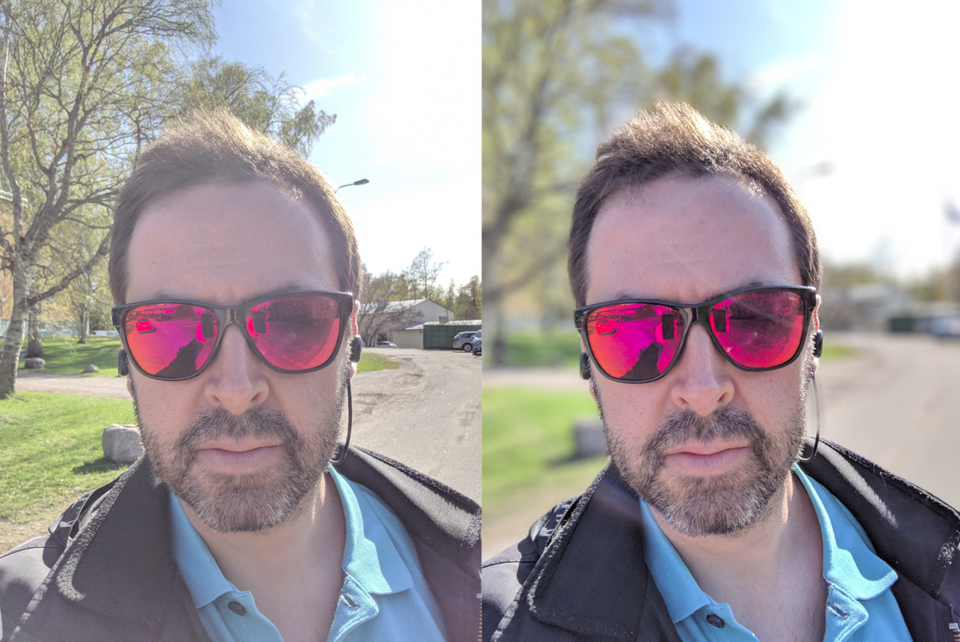 Pixel 3a (right) fails to remove sun flare more often than the Pixel 3 (left), but the image is always competitive

Gripes? Video is not the Pixel 3a’s strong point (as it was not the Pixel 3’s) but at $400 it still stands out from the competition thanks to superb image stabilisation. You also get Night Sight which, quite frankly, embarrasses the iPhone and a new Timelapse mode is hitting all Pixels via a camera app update. 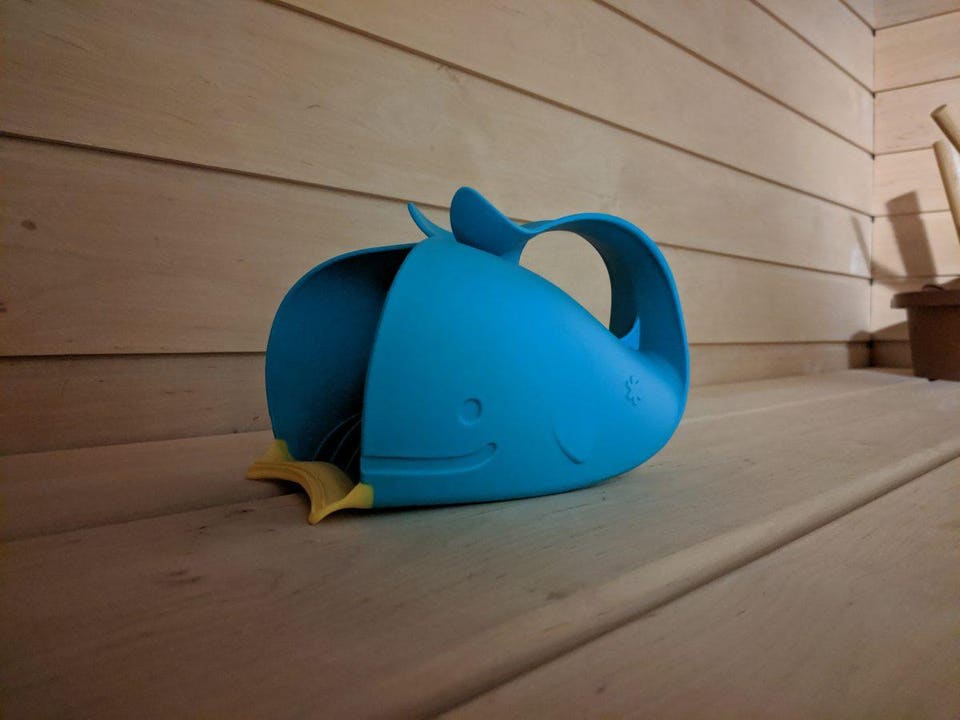 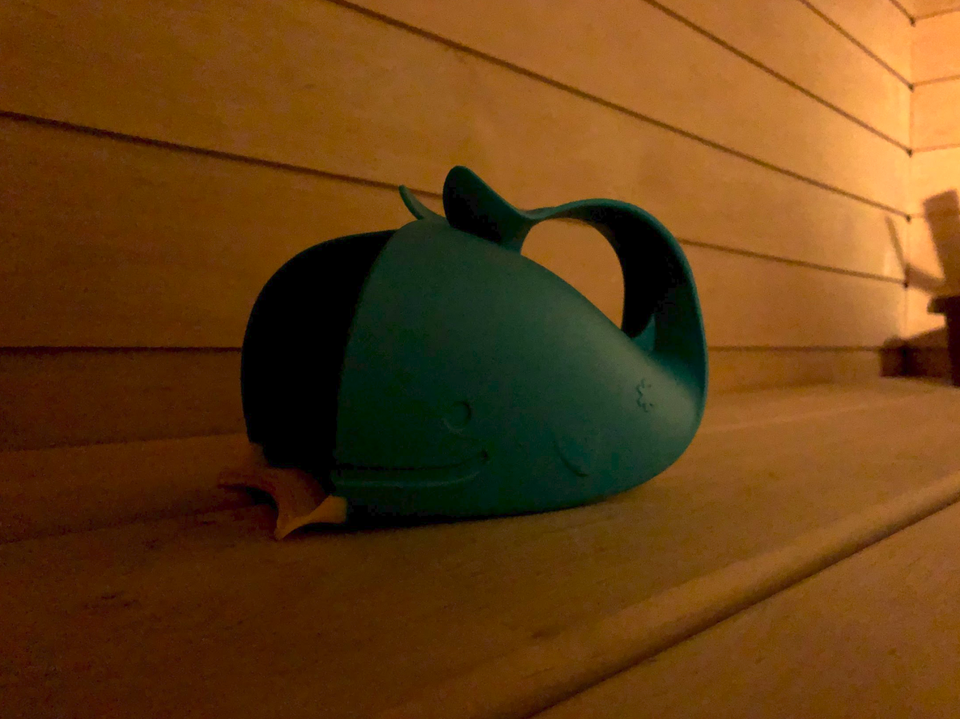 iPhone X in identical conditions as Pixel 3a

What you don’t get are the dual or triple rear cameras of some rivals (neither does the Pixel 3) but the primary function of a camera is point and shoot and here the Pixel 3 and Pixel 3a stand head and shoulders above their more gimmicky rivals. For example, Huawei’s Mate 30 Pro has an astonishing zoom lens, but it cannot compete with the Pixel 3a in standard point and shoot situations with good light. 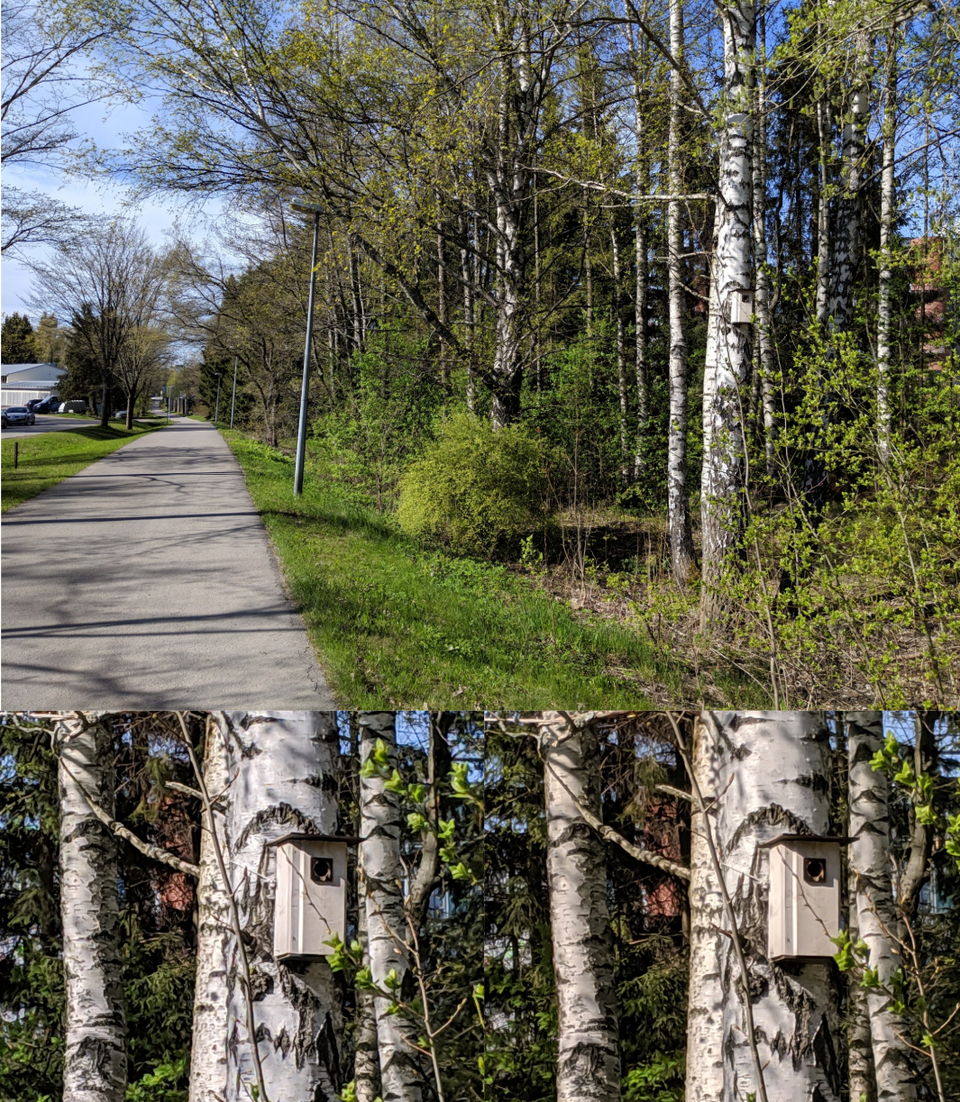 Pixel 3a (bottom left), Pixel 3 (bottom right) - I prefer the latter, but it's very close

The Pixel 3a gives users the very best of Android and by that, I mean: pure, stock Android. Google has also committed to providing the next three generations of Android and all updates will arrive immediately. It’s a situation Samsung owners would die for. Again, for many, this alone with be a deal maker. 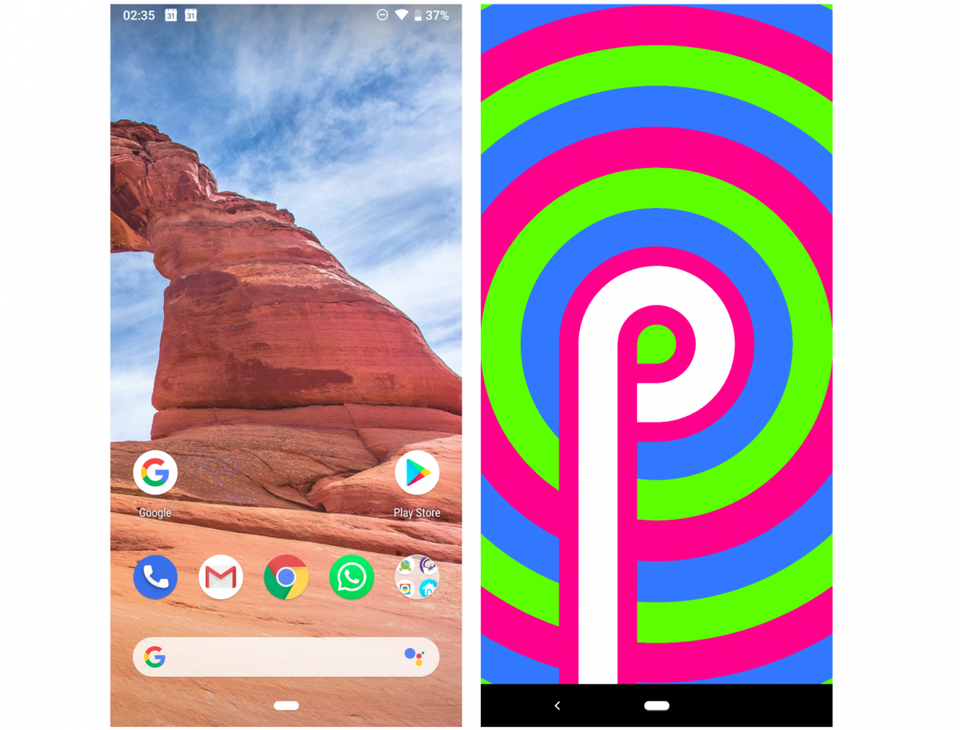 Furthermore, despite featuring a midrange processor, performance is excellent. The Pixel 3a is responsive, snappy and, while a touch behind the Pixel 3 in loading apps the difference is barely noticeable. One word of warning: Google’s Pixels have a tendency to slow down over time, so I’m reluctant to give the Pixel 3a a pass when it’s straight out of the box. Here are the spec differences:

Yes, there’s 4GB RAM. What was an annoying shortcoming on the Pixel 3 is perfectly tolerable at the Pixel 3a’s price point. I told you you’d hear that said a lot.

Pro tip: Disable Digital Wellbeing. At present, it is proving a major performance drag on all Pixel phones, especially as they age. Switch it off.

Battery Life - Better Than The Pixel 3

Surprisingly, Google has increased the battery capacity of the Pixel 3a range compared the Pixel 3:

Combine this bump with the Pixel 3a’s lower resolutions and less powerful chipset and you do indeed have midrange phones which outlast their flagship stablemates. In fact, the Pixel 3a XL is the longest latest smartphone I’ve used (I’m getting 5.5 hours of screen-on time), with more stamina than even Apple’s iPhone XR (perhaps that shouldn’t be surprising). 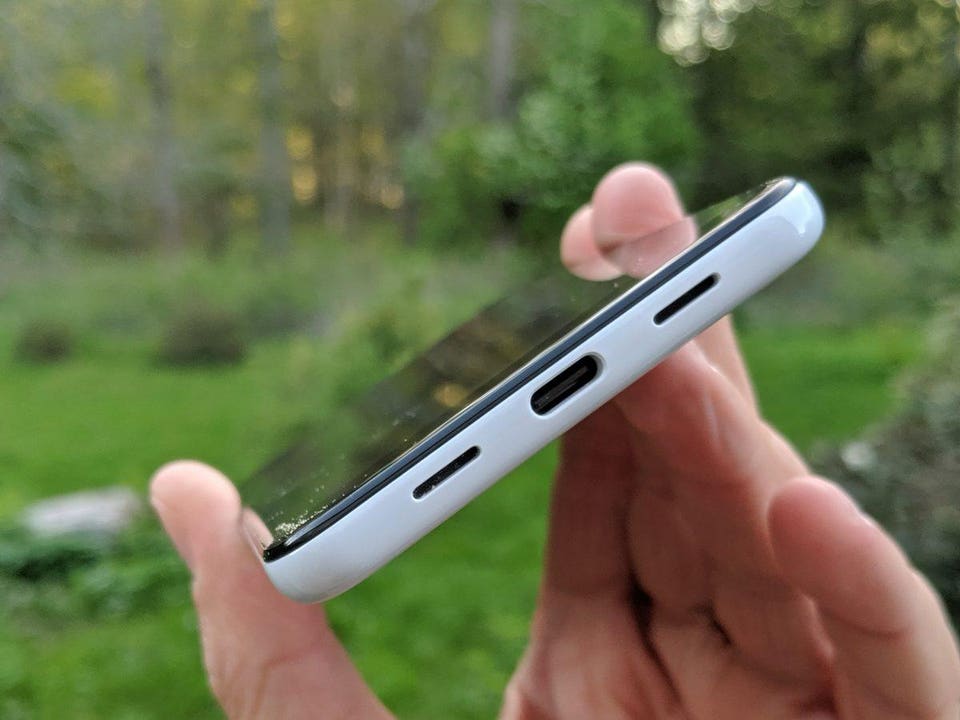 Charging is good too. No, there isn’t wireless charging due to the polycarbonate backs, but you get fast wired charging (fast charger included… Apple) which delivers up to seven hours of usage in 15 minutes from flat. Charging speeds do slow past 50% capacity, but the benefit of being able to add a quick top-up charge when running low cannot be overstated. And, again, it’s a standout feature for buyers at this price point.

The prices speak for themselves.

Maybe it would be nice if the Pixel 3a had a 128GB option, but you get unlimited photo backups in Google Photos at high quality (it’s Original Quality for Pixel 3 owners, but you will barely notice the difference). In short: it’s impossible to look past the head-turning price of the Pixel 3a, and, unless you have money to burn, there’s almost no point in buying a Pixel 3 now. 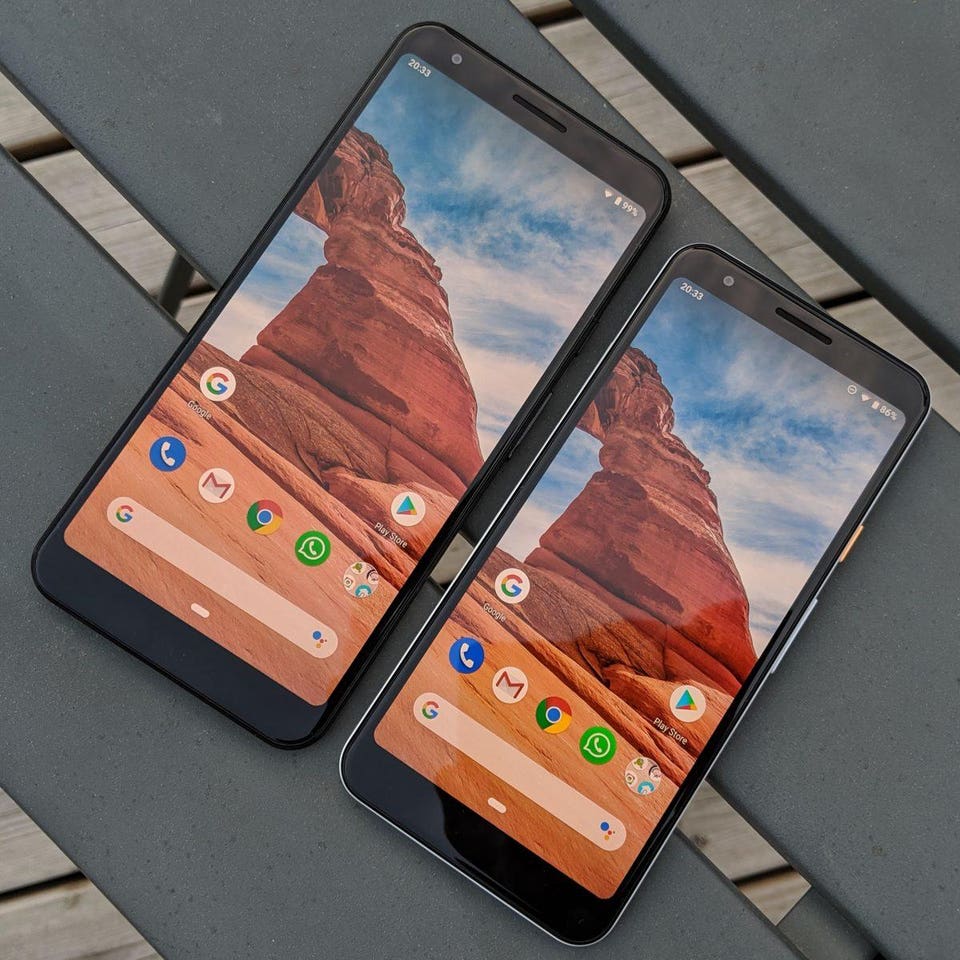 Google's Pixel 3a and Pixel 3a XL are the best smartphones you can buy under $500. It isn't even close.

The Pixel 3a redefines what you can expect from a midrange smartphone. No company has dared to bring a flagship (and in the Pixel’s case, class-leading) camera to a sub $500 device and it means the Pixel 3a is without equal. It’s the rebirth of the Nexus range, in the best possible way and my biggest gripe is Google didn’t call them Nexus because ‘3a’ is confusing.

Should you choose the Pixel 3a or the Pixel 3a XL? As both have excellent battery life, it comes down to screen size. Personally, I prefer being able to use a phone one handed so it’s the Pixel 3a for me but there’s no wrong answer here. Either one, I’ll say it once more, at this price point will blow you away.