We take a look at how the newest OnePlus model fares against rivals such as Samsung Galaxy S10 series, Huawei P30 Pro, Apple iPhone XS and Google Pixel 3.

Ever since its inception in 2013, OnePlus has been viewed as a smartphone manufacturer that designs ‘flagship killer’ smartphones. The devices boast of ultra-high specs - generally found in premium models of rival companies - at nearly half or even one-third their price.

However, the Chinese company recently shed its tag of being a producer of flagship killers with the launch of OnePlus 7 Pro. The smartphone has been launched in India with the base 6GB/128GB variant priced at Rs 48,999, 8GB/256GB priced at Rs 52,999 and the top model with 12GB RAM and 256GB storage priced at Rs 57,999.

The smartphone sports premium features such as a 6.67-inch QHD+ 'Fluid AMOLED' curved display with a refresh rate of 90Hz, HDR10+ support, Universal Flash Storage (UFS) 3.0 storage option -- a first-ever on a smartphone -- and triple rear camera setup. Besides, the OnePlus 7 has a solid build quality, OnePlus’ trademark performance and a great UI, among others.

In this review, we take a look at how OnePlus’ newest and its greatest model fares against its rivals such as Samsung’s Galaxy S10 series, Huawei P30 Pro, Apple iPhone XS and Google Pixel 3.

OnePlus is well known for designing simple phones which are convenient. However, OnePlus 7 Pro sheds the traditional approach and adopts a curved edge design which is undoubtedly inspired by Samsung’s Galaxy smartphones. And while it is not a bad thing, the device reminds you of a Samsung smartphone every now and then. 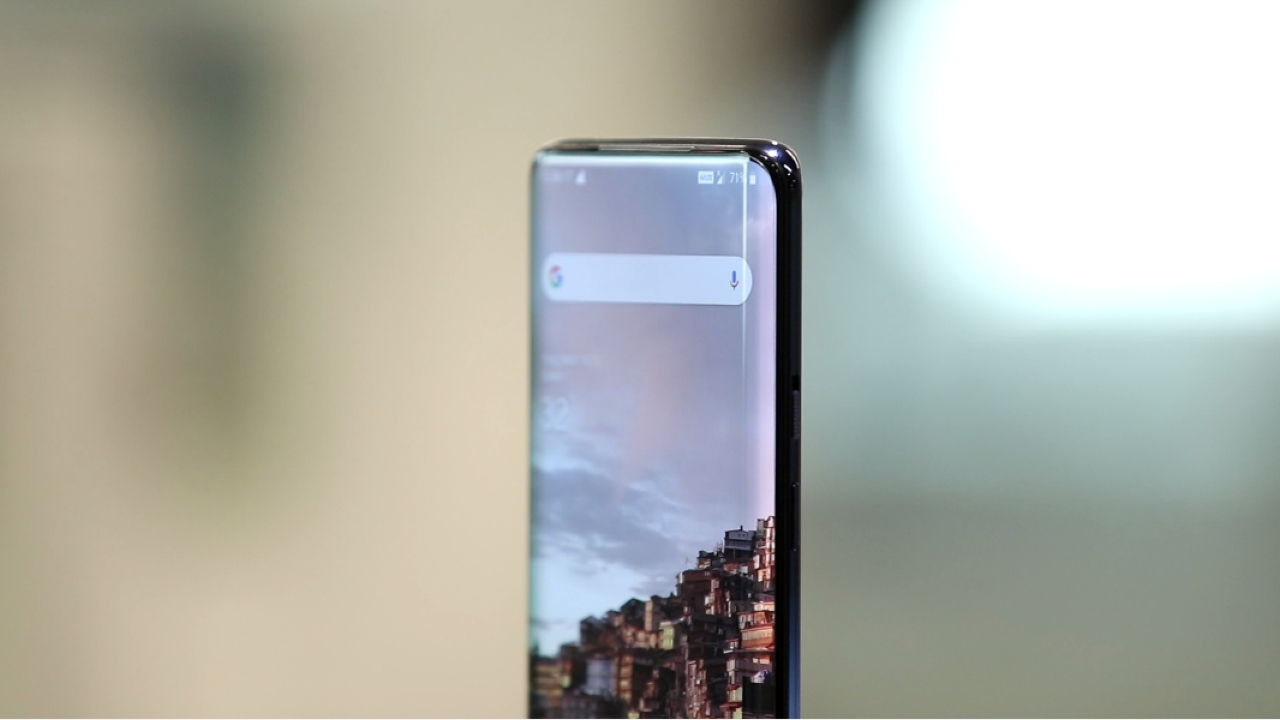 The first thing you would notice on picking up the phone is the weight. The device is very heavy and weighs an enormous 206 grams, thanks to its aluminium frame and the glass back. 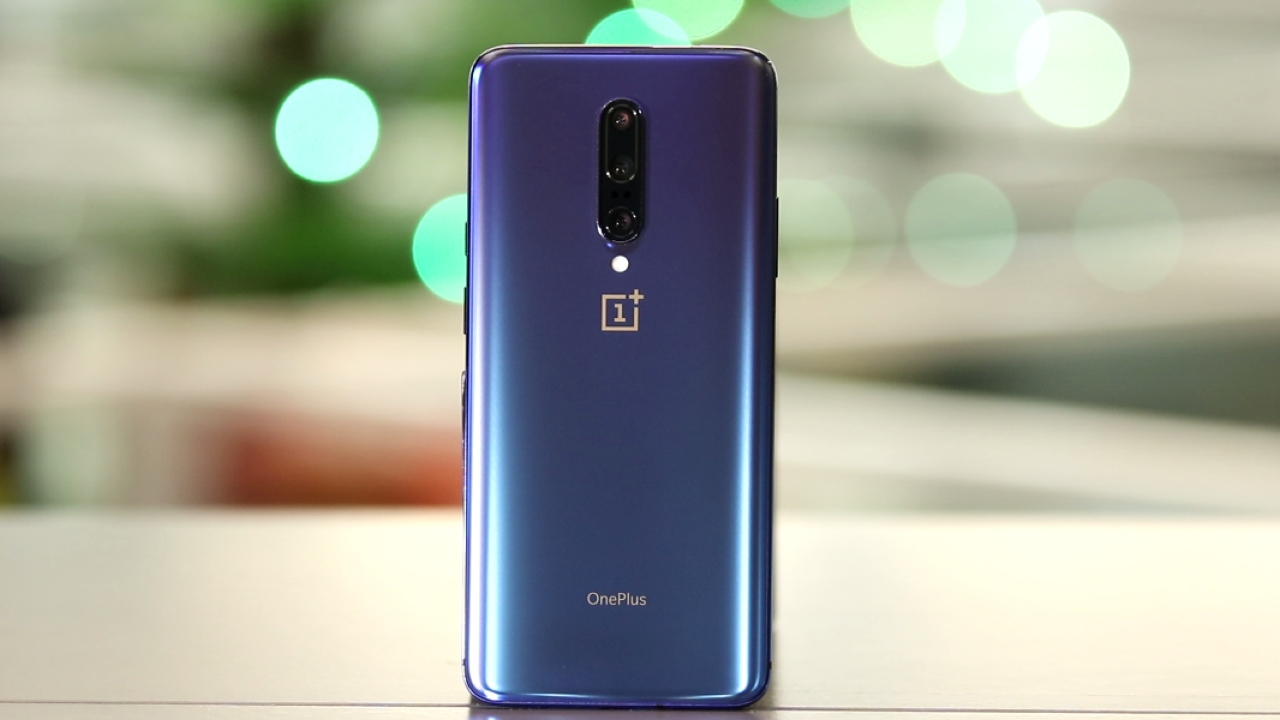 The phone sports a beautiful gradient colour design at the back. The Nebula Blue model we reviewed changed shades from dark blue to lighter shades of blue at different angles. The device sports a matte finish at the back, which attracts fewer fingerprint marks, unlike its predecessor the OnePlus 6T which was a fingerprint magnet.

OnePlus 7 Pro sports an all-screen design with no notches or punch holes and extremely thin bezels at the front. The immersive display design was made possible thanks to the pop-up selfie camera which retracts into its frame when not in use. The large 6.67-inch display was great for watching movies, gaming, browsing among others. However, during the review we found the phone to be too large for one-handed usage.

As far as physical aspects are concerned, at the left side, the device houses the volume rocker, the power on/off button and the alert slider at the right side and the pop-up camera mechanism socket at the top. The SIM tray is placed at the bottom of the phone right next to the micro-USB port and the volume grill.

Overall, OnePlus ticks all the boxes as far as beauty aesthetics are concerned and is easily one of the best-looking smartphones out there.

OnePlus 7 Pro sports a massive 6.67-inch "Fluid AMOLED" display with no notches or camera punch-hole of any kind. The QHD+ display comes with a resolution of 3120 x 1440 pixels with pixel density of 516 ppi (pixels-per-inch). The screen is bright and has punchy colours, which made watching movies or browsing a great experience.

While all these features make the screen immersive, the biggest highlight of the screen is that OnePlus has incorporated a 90Hz display on the 7 Pro. In context, almost all smartphones offer a 60Hz screen. The exception is the Razer Phone (and in tablets, the iPad Pro, which sports a 120Hz screen).

In simple terms, the 7 Pro’s 90Hz screen refreshes the display 90 times per second, whereas a 60Hz screen refreshes the screen at 60 (fps) frames-per-second. The higher refresh rate makes activities such as browsing, scrolling through pages, and even viewing images a much more fluid experience. The difference is evident once you switch back to your older smartphone, which suddenly starts feeling laggy.

In addition, the display comes with HDR10 and HDR+ compatibility, which reproduced excellent HDR content on the screen with good colour saturation levels and excellent contrast levels.

The phone also comes with Dolby Atmos powered dual-speakers (bottom-speakers combined with the earpiece). The speakers are not only loud and clear but they offer a stereo mode that resulted in sound quality we haven't heard on a smartphone before. Although the bottom-speaker was significantly louder than the front-firing earpiece, the misbalance was barely noticeable.

OnePlus has always been praised for making devices which are not only fast but also smooth. With the 7 Pro, OnePlus has kept the tradition alive. As a matter of fact, the 7 Pro -- which comes powered by an octa-core Qualcomm Snapdragon 855 processor built on 7nm processor technology -- is one of the fastest smartphones we have ever tested.

On paper, Snapdragon 855 is 30 percent faster than its predecessor, the Snapdragon 845, which OnePlus 6T sported. The processor is backed by 6GB/8GB/12GB RAM variants.

Also adding to the speed is the fact that OnePlus 7 Pro is the first smartphone to feature the new UFS 3.0 flash storage standard. The phone not only showed a significant improvement in app loading time but also faster file transfer rates and improved multitasking experience.

The 12GB RAM variant we reviewed performed nearly all the activities with ease. The smartphone comes with in-built Gaming Mode, which enhances your gaming experience. In addition to this, OnePlus has tied up with esports organisation Fnatic, and offers you Fnatic Mode. Fnatic Mode comes with more advanced gaming features such as Advanced DND mode, enhanced focus on gaming performance, network enhancement among others.

With features such as UFS 3.0 rating, SD 855, Adreno 640 GPU, 90Hz display gaming on OnePlus 7 Pro is a different experience altogether. The device had no lags or screen drops when playing CPU/GPU-intensive games such as PUBG, Asphalt 9, Sniper 3D. In fact, the 7 Pro is one of the best screens we have played PUBG on. However, we noticed slight heating when we played games for extended periods of time.

The phone runs on the much acclaimed OxygenOS version 9.5, which is based on Android 9 out-of-the-box. While most features were similar to OnePlus 6T, 7 Pro comes with added features such as in-built screen recorder, screenshot editor and Zen Mode – a feature which limits the time you can spend on your phone. Additionally, it must be highlighted that OnePlus’ UI is one of the most friendly and easy to use.

OnePlus 7 Pro sports a triple rear-camera setup with a 48MP primary wide-angle camera with aperture of f/1.6 and OIS for stable photography, an 8MP telephoto lens with up to 3x optical zoom, along with a 16-megapixel ultra-wide-angle sensor with field-of-view of 117-degree. At the front, the device sports a 16MP sensor placed in a motorised shell, which pops up whenever in use.

Starting with the camera UI, one cannot ignore the fact that the interface lacks even basic options such as changing the resolution settings or adding AI features while capturing images or even editing a picture.

Pictures clicked by the primary camera came out crisp and rich in colour. However, when compared with smartphones such as the Galaxy S10 or Apple iPhone XS, 7 Pro has some catch-up to do. Although the pictures had a better dynamic range, some images lacked details and came out somewhat washed. The camera did a fairly decent job as far as telephoto and wide-angle shots were concerned.

In broad daylight shots, the autofocus and PDAF were quick to lock focus on a subject. The cameras however disappointed under low light conditions as one could notice significant amount of noise in the images. The camera also struggled when the subject is overly backlit.

The 7 Pro needs a software overhaul if OnePlus expects to take on the likes of Huawei P30 Pro, Google’s Pixel devices and the Galaxy S10 series. As far as Portrait mode photography is concerned, the camera was able to focus on the subject with a surprising level of accuracy while blurring out the background. The rear camera can shoot 4k videos at upto 60fps with a stellar level of stability. 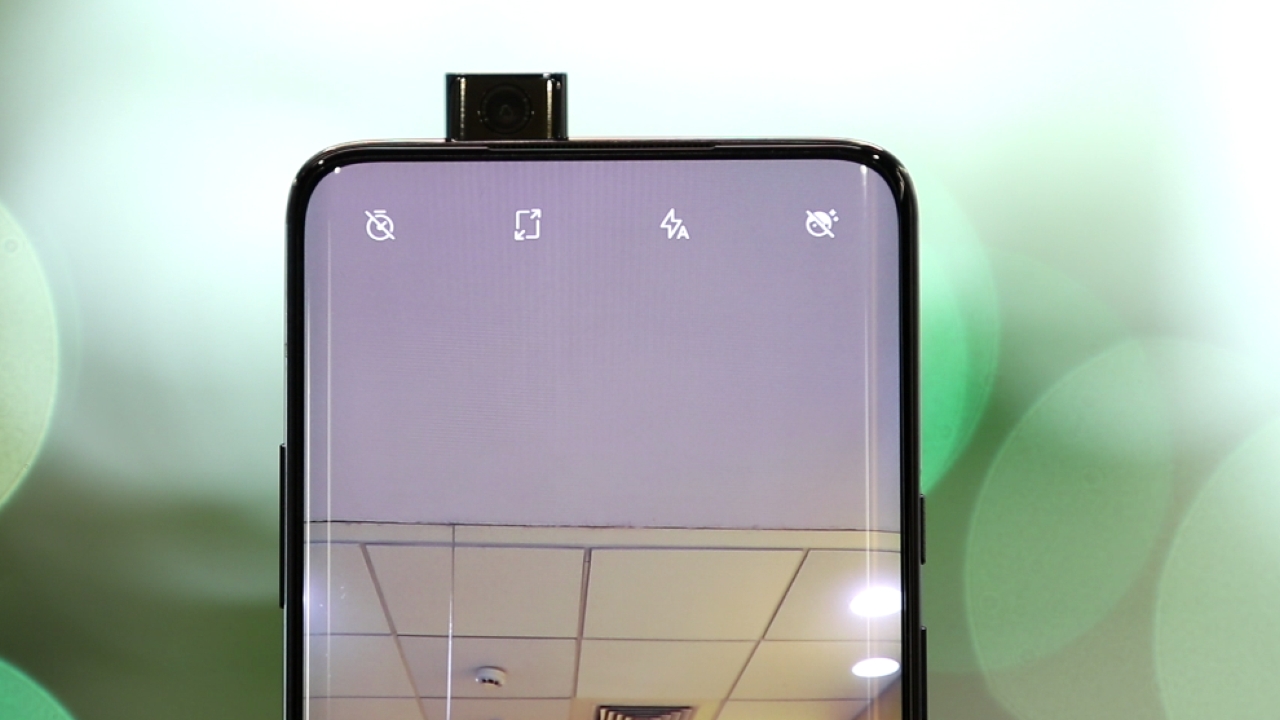 The 16MP selfie camera pops up quickly the moment we clicked on the front camera icon. The selfie snapper can click selfies with great level of details. The front camera did a great job when it comes to Bokeh Mode photography. It could capture sharp images with a decent amount of colour when the subject was lit well. However, in dark conditions images turned out somewhat grainy. As far as video shooting is concerned the selfie camera can shoot videos at Full-HD resolution of 1920*1080 pixels.

For those worried about the pop-up mechanism's durability, OnePlus says it has tested the phone...

The smartphone packs in a 4000 mAh Li-Ion battery which supports OnePlus’ proprietary “Warp Charge 30” technology. While the phone’s battery can be charged from 0 to 50 percent in about 20 minutes, it reaches the 100 percent mark in about 1 hour 15 minutes. The battery life on this device is fair, with the phone sailing through a regular day with some juice still left.

However, when subjected to heavy usage such as prolonged gaming and streaming movies over Wi-Fi, the smartphone could eke out only about 6-6.5 hours on a single charge. Notably, this was when the screen refresh rate was set at 90Hz. The battery life can be improved if you bump down the screen refresh rate to 60Hz. Disappointingly, the smartphone lacks wireless charging even with a glassback design.

By pricing the OnePlus 7 Pro at Rs 48,999+, OnePlus wants a place on the table of big league smartphone makers. But even at the price point, it has ensured that it gets its pricing right -- the company has, after all, made a name for coming up with value-for-money products.

The OnePlus 7 Pro ticks nearly all the important boxes that allow it to hold its own against heavyweights such as the iPhone XS or Samsung Galaxy S10 -- sometimes even bettering them.

It is first-rate when it comes to performance, display, audio, design and overall build quality. This makes it a good choice for the power user -- those who play a lot of games or stream video.

The few chinks in its armour include a camera that comes up short - for instance, camera enthusiasts could go for the cheaper Pixel 3a XL for an even better experience -- and poor battery management.

It also misses out on bells and whistles such as IP rating or wireless charging though OnePlus claims that these add little utility while adding to the phone's cost.

These notwithstanding, the OnePlus 7 Pro is still an absolute winner and, for the price, the best Android smartphone one can buy in 2019.